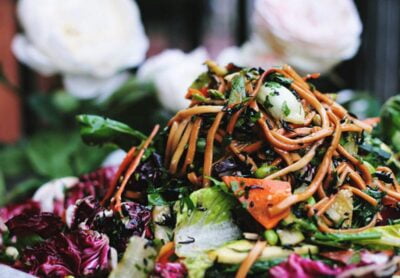 Russian Vegan Food, which is simply “food” in Russia, seems to be something of a mystery to most residents. The “vegan” aspect, when applied to cuisine, is considered to be unhealthy and quite inedible according to Victoria Logunova of Moscow. Victoria, a Russian vegan food blogger, explains how Russians are not the most open-minded people when it comes to new ideology.  Veganism is considered to be unconventional in Russia, and as a result, nonsensical bias turns to fear. People always fear what they do not understand.  The majority of Russian citizens began viewing veganism as threatening or even “cultist“.  Victoria claims her generation as the first one in Russia’s history to embrace the vegan culture. (Wendy Werneth, WTFVFIR, 10.14.19)

“Nothing lasts forever” can be one slippery paradox.  However, Russia’s  unwavering disdain for the unconventional most notably began to soften in early 2013.  The China Study Cookbook was published in the Russian Language.  Russian Citizens have started to re-evaluate veganism. They’ve begun to recognize the diet as being plant-based and started changing their eating habits. Increasingly, more and more Russians are turning toward a  plant-based cuisine.  As a result, Animal Rights activism is on the rise as well. The China Study Cookbook’s translation into Russia’s native language proved to have a lasting impact on the country.