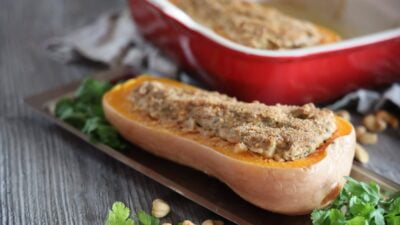 Ethiopian vegan food, at my first thought, was seemingly elusive. The food of East Africa is known to be very, very meaty.  Afterall, the continent of Africa is world famous for its amazing assortment of beautiful wildlife and wild game animals.  However, “Fasting” or animal-free products are always optioned as an Ethiopian alternative when it comes to their cuisine.  A vegan diet is regularly maintained every Wednesday and Friday because the majority of Ethiopians are Orthodox Christians.  In addition, the vegan diet is honored on various other days deemed special, as well. Eritrea is  Ethiopia’s neighboring country and rival. Eritrea used to be apart of Ethiopia and the two countries’ culinary styles are known to be reflective of each other. Another influence on Ethiopian cuisine would be that of the neighboring country called Sudan.

Bayenetu is a collection of dishes that specifically omit meat products. Kesra, a type of sour bread, is often served within the bayenetu along with several other delicious types of Ethiopian vegan food.  Injera is another type of sour bread which also is described as spongy. Injera is a bread that is naturally vegan and gluten-free. This bread often host to several different delicious sauces and dishes that are poured on top. Injera is made from teff, a type of flour. The variety of teff determines the Injera’s color which ranges from a light beige to more darker shades of brown.  Shiro is an Ethiopian slow-cooked dish made from a chickpea powder base. It’s one of Ethiopia’s more popular dishes sometimes containing lentils and broad beans. It also contains berbere, a spicy red sauce.

Sambusa, is a fried pastry dough in Ethiopia and is sometimes filled with meat, although, the vegan version of sambusa contains a lentil filling.  Then there’s Kik alicha.  Kik alicha is a type of stew made from split peas and containing a light turmeric sauce.  There are several different types of alicha dishes all containing varying combinations of herbs and spices that add to the variety of the platter as a whole. Another Ethiopian hit dish is it’s beet salad simply called, beet salad.